Address to Highlands Council on behalf of the New Jersey Builders Association (NJBA):

“The Highlands Region is not a remote inaccessible area, but home to over 800,000 people. The Highlands is an integral part of New Jersey with major interstate highways, railroad connections, employment centers and more than 300,000 homes. It is essential that we concurrently protect the Highland’s natural resources and provide future areas for economic growth and needed housing.”    ~Matthew Sprung

What are ‘The Highlands’?

How are The Highlands important to New Jersey?

New Jerseyans have a long history of endorsing open space and conservation efforts and the Highlands is home to the greatest diversity of natural resources in the state.   Yet the wide swath of New Jersey the Highlands covers is also essential to the state’s overall economic well being and the health of the 88 municipalities within the Highlands Region.

Striking a balance between conservation efforts and development has long been the challenge for planners, developers and conservationists alike.

Allow us to assess your property for development and redevelopment potential. Call us at 610-417-2198 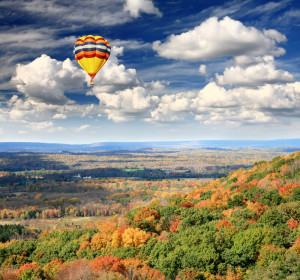 “I know that each parcel of land is a precious, distinct, and irreplaceable portion of this distinct and irreplaceable planet. I will treat it with the respect that it deserves, recognizing that I will be judged by the integrity and permanence of my developments, which will survive my lifetime. . . I will be ever vigilant toward preserving the quality of the larger environment – the air, the water and the land. . . Recognizing that change is inevitable, I will pursue excellence with an open mind. . .”  The Urban Land Institute Code of Ethics